On September 22, Beijing time, Inter Milan officially announced that Vidal has joined the team, and Conte will once again coach his favorite. The joining of Vidal, Kolarov and others this season has greatly enhanced the strength of Inter Milan's lineup. Although the outside world has doubts about the age of the two new players, their strength is completely trustworthy. 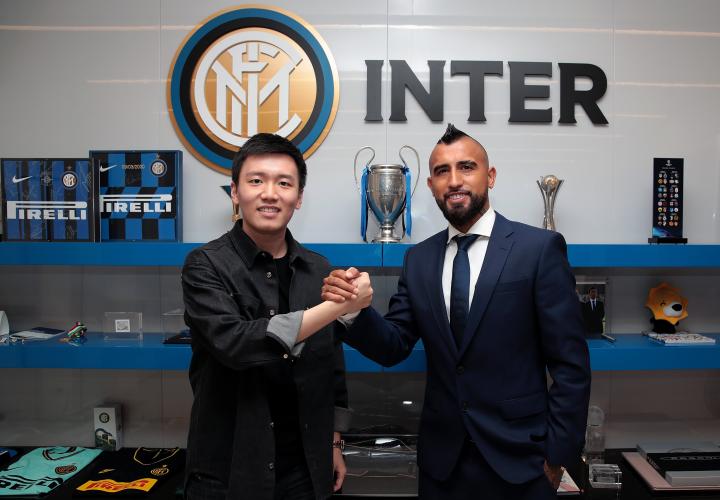 Vidal and Kolarov are the team's main players in Barcelona and Rome. Last season, Vidal scored 8 goals and 3 assists in 43 appearances. In the 2018-19 season, Vidal played 53 times, scoring 3 goals and sending 7 assists, helping Barcelona win La Liga, Spanish Super Cup and other championships. The 34-year-old Kolarov played 132 times in three seasons in Rome, surrendering 19 goals and 20 assists. He averaged more than 40 appearances in three seasons. The player's ability is beyond doubt.

After the end of last season, Conte expressed his hope to bring some veterans with rich experience to the team. The addition of Vidal and Kolarov is also in line with Conte’s idea of ​​building a team. Inter Milan, which has veterans suppressed, will In the major games of the new season, he played more stable. Under the premise that the transfer fee did not pay much, the joining of the two greatly improved the strength of the team.

After the experience of last season, the young players in the Inter Milan team have been fully exercised. After Kolarov and Vidal joined the two players, the age structure of the team is more reasonable. In the midfield, the team has 23-year-old Varela, 25-year-old Sensi, 26-year-old Gallardini, 27-year-old Brozovic, and 33-year-old Vidal. The defense has 21-year-old Bastoni, 21-year-old Ashraf, 25-year-old Shkriniar, plus 34-year-old Kolarov and Ashley-Young. The age level of the team in the midfield and the main bench lineup are more reasonable. The joining of the two can also effectively promote the growth of young players in the team.