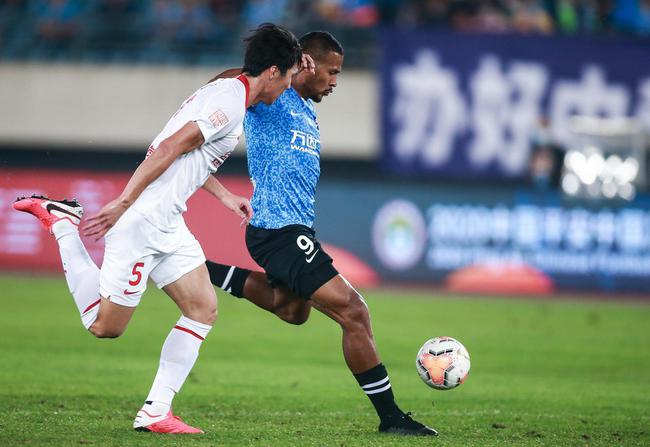 Under the watchful eyes of more than 5,000 Dalian fans in the Municipal Sports Center Stadium, the Dalian People's team lost 1:3 in the contest with Shenzhen Kaisa. Not only did they miss the top four in the competition a round earlier, but also because of their relationship with Guangzhou R&F. The reason is that even if they win the final round and R&F loses, they can only enter the second stage of the relegation battle as seventh. In the past three games, the Dalianers have faced the "four" opponents in succession. It can be said that they have the initiative in their own hands. However, the embarrassing reality of one draw and two losses shows that this young team is capable of facing tough battles. And experience is still slightly insufficient. In the future, how can the relegation battles of "bayonet see red" not make people worry about them?

The fans on both sides "first salute and then pawn"

In this game, the Dalian Division allows fans to enter the stands to watch the game. Judging from the scene, the number of fans in Shenzhen is about 200, concentrated in one stand. In addition to the 400 celebrities in the center of the stand in Zone B, the Dalian fans are relatively scattered. The total number of fans is at least "rivals." "10 times. After such a long time being able to cheer for the team he supported on the scene, the fans on both sides seemed quite excited, and in the stands they also showed their magical powers.

At the front of the stands in Zone B, Dalian fans pulled out two banners, which read "Run the Chinese Super League, show the city style" and "Welcome fans from all over, share the joy of football". Before the game began, the fans from both sides had a friendly interaction. The Shenzhen fans took the lead in shouting "Hello, Dalian", and the Dalian fans responded with "Welcome Shenzhen". Subsequently, the fans from both sides shouted "China Come on" to express their state of mind at this moment. However, after the start of the game, this "friendship" can only be put aside for the first time, and the fans on both sides can do their best to cheer for their respective home teams on the pitch.

The spear is not sharp and the shield is not strong

Ushering in a tough battle, the Dalianers could not rank their strongest lineup. Danielson and Lin Liangming were not included in the roster due to injuries, which had a relatively large impact on both ends of the offense and defense, and the process of the game was basically This is confirmed.

Kaisa played in the 433 formation. The 6 players in the center and front field are characteristically strong and weak. Therefore, their strategy is to start the game. It's a pity that the Dalianers didn't seem to learn the lessons of the last defeat. They didn't withstand the opponent's impact in the opening stage and fell behind 0:2 after 30 minutes. Of course, this time there is still "improvement"-last time 5 defenders scored two goals in 20 minutes, this time it was 4 defenders, and also recovered a goal before the end of the first half. In order to strengthen the attack, Benitez used the same substitutions as in the previous game, replacing Sun Bo and Wang Jinxian with Zheng Long and Boateng at the same time, but Larson went to the right and left. The road was left to Boateng. The subsequent game, just from the scene, was similar to the loss to R&F. The Dalian team did not create a good scoring opportunity, but the opponent scored another goal to secure the victory.